Epic Games store gives free games to its fans every week, and the next giveaway will be epic like its name! A deleted tweet suggests that GTA V will be the next free game on the Epic Games store. It has created an enormous amount of hype among fans.

Well, if you visit the Epic Game Store, you will notice a banner listing itself as a “mystery game” with a countdown until when it will be out. And the way banner looks, it gives fans a reason it would be something massive.

Talking about the deleted Epic Games store’s tweet about GTA V giveaway, a Twitter user called Wario64 witnessed the exciting news and took a screenshot of Grand Theft Auto V giveaway before it was taken down by Epic Games store. Here’s the screenshot:

Tweet ad is deleted, so here you go pic.twitter.com/3oja0C3418

From the Epic Games store’s tweet about GTA V giveaway, one thing is for sure, this would arguably going to be one of the best deals then the game coming to GamePass. How? Once you download the Grand Theft Auto V from the Epic Games Store, it’s forever of yours to keep. Super-exciting, isn’t it?

The mystery banner from Epic Games store also reads that the next giveaway will happen on May 14. However, we take this as a rumor with a grain of salt and hold our excitement for further time. The tweet also reads that fans will be able to grab this game till May 21. 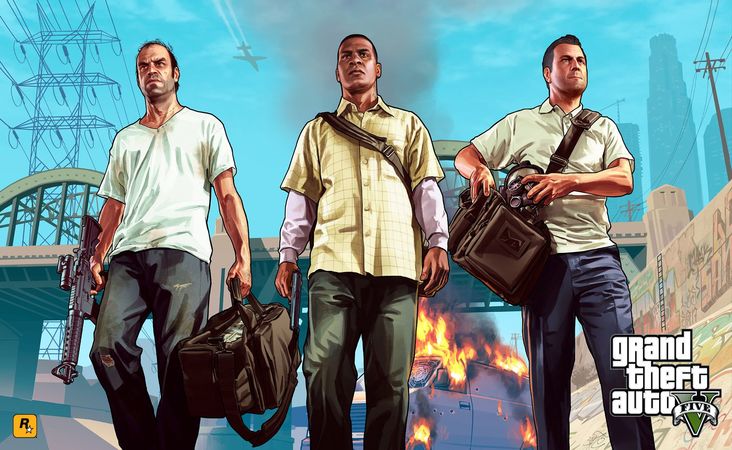 It is not confirmed whether the tweet was posted accidentally or purposely to create a buzz. But believe us, a free copy of GTA V would definitely bring huge traffic towards Epic Games Store. In case, if this rumor turns out to be true, make sure that your rig is ready for this free giveaway title. Here are the requirements for GTA V:

Grand Theft Auto V is still the largest grossing piece of all time and continues to attract a huge number of players till the time. It’s on arrival Epic Game Store as a free offering would definitely catch the eye of millions of gamers as no money is involved at all.

Do you think GTA V giveaway from Epic Games store will happen? Share your thoughts in the comment section.