Redmi Note 9 Pro vs Redmi Note 8 Pro has become one of the most heated debates among the Xiaomi fans right now! We all know Redmi Note 8 Pro was a great upgrade over its forerunner Redmi Note 7 Pro. But now that we have Note 9 Pro released, the main question arises, “Should I upgrade to the new model or stick with the previous one?” Don’t worry! We will help you with the final decision.

In this blog, Techanator will tell you everything that you need to know about both Xiaomi Redmi Note 9 Pro and Redmi Note 8 Pro. All of the sources have been gathered by our experts. Let’s put a spotlight on the camera section first:

2020 is all about taking beautiful shots not just with the rear camera but also with the front camera. And that’s why we thought of starting our Redmi Note 9 Pro vs 8 Pro comparison with the camera section. When it comes to the rear camera specifications of Note 8 Pro, it is known to have a primary Samsung’s 1/1.7-inch wide-angle camera of 64 megapixels with f/1.9 aperture. The primary lens is packed with an 8-megapixel ultra-wide sensor and two sensors of 2-megapixels for depth & macro. Not to mention, the rear camera of Redmi Note 8 Pro is also capable of recording 4K videos at 30 frames per second.

The front camera of Redmi Note 8 pro is punched with a 20-megapixel camera with an f/2.0 aperture that is capable of taking splendid selfies. 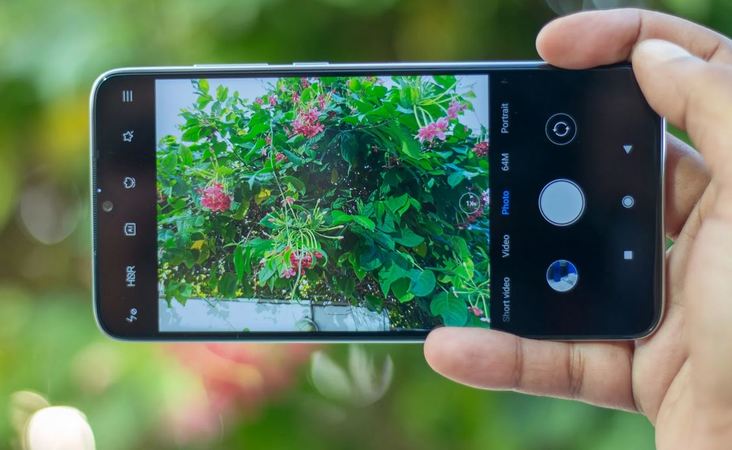 Now, let’s talk about the camera specifications of the Xiaomi’s latest representation to its mid-range section. Yes, we are talking about the all-new Redmi Note 9 Pro! The rear camera module of this device houses a 48-megapixel Sony’s primary lens, an 8-megapixel ultra-wide angle shooter with a 119-degree field-of-view, a 5-megapixel Macro lens, and a 2-megapixel depth sensor. Just like its predecessor, you can record 4K at 30 fps/sec. And not just that but also 1080p at 30/60/120fps & 720p at 960fps per second.

But when it comes to the front camera of Redmi Note 9 Pro, it is known to have a 16 MP, f/2.5 lens which has the capability to take wide-angle selfies. 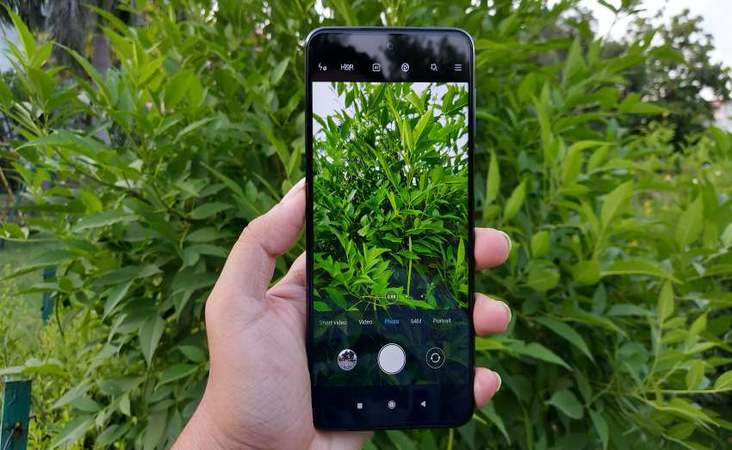 We must say the front camera of both devices tends to take beautiful selfies with acceptable contrast & saturation. But you know where the camera game changes? At the rear section of course! Xiaomi’s Redmi Note 8 Pro performed quite well in the autofocus, bokeh and the target exposure. However, it was revealed that the 64-megapixel sensor didn’t give the fine details we were expecting about. This goes not only with indoor lighting conditions but also with some outdoor shots. It’s not our opinion but the mighty DxOMark also faced the same problem with a rear camera of Redmi Note 8 Pro.

Note 9 Pro, on the other hand, tends to perform well both in low-light conditions as well as outdoors. We were able to capture some beautiful shots with this device and from the results, we came to know that it also passed in maintaining the contrast & saturation. In short, Redmi Note 9 Pro takes a lead in the camera section of our ‘Xiaomi Redmi Note 9 Pro vs Redmi Note 8 Pro’ comparison. 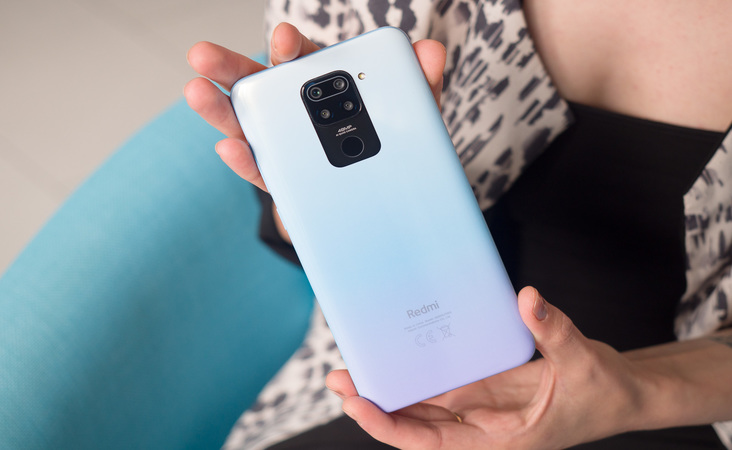 When it comes to the hardware section, both devices are known to have great mid-range processors and GPUs. Back in 2019, Xiaomi decided to take a break from Qualcomm Snapdragon processors (for Pro series) and decided to give a shot to MediaTek processors. We all know MediaTek hasn’t fared well in the mid-range segment in the past but they completely changed the scene with its G90T! Redmi Note 8 Pro was the first smartphone to be powered by the 12nm Helio G90T. A gaming chipset that features a two-core cluster along with two Cortex A76 cores at 2.05GHz and six energy-efficient A55 cores at 2.0GHz.

In terms of GPU, Redmi Note 8 Pro is known to have ARM’s Mali G76 CPU. What surprises us is the capability of G90T to outmatch the regular Snapdragon 730 in synthetic tests. In other words, it almost comes close to Qualcomm Snapdragon 845 in terms of performance. We must say that’s a big deal for any phone at such a price segment! Isn’t it?

Learn about the average cost involved in developing a website in 2020!

The Redmi Note 9 Pro sees the franchise returning back to the Qualcomm platform with Snapdragon 720G. This chipset features two A76 cores at 2.3GHz and six energy-efficiency A55 cores clocked at 1.80GHz. Also, it got an Adreno 618 GPU under the hood. Unlike Helio G90T 12nm architecture, Snapdragon 720G is built of a much better 8nm process. It simply makes this chipset more efficient than the Redmi Note 8 Pro’s G90T by a big margin as 4nm brings a huge difference in terms of the manufacturing process. Seems like Xiaomi touted significant efficiency and performance gains by switching to the Snapdragon 720G.

Both Redmi Note 9 Pro & Note 8 Pro performs well not only in terms of gaming but also day to day tasks. However, our benchmark tests have something else to say! On running AnTuTu benchmarks, we came to know that Redmi Note 8 Pro scores 96871 in terms of CPU performance, 79797 in GPU, 61632 in MEM, and 53427 in UX, setting a total benchmark score of 291733. Just to let you know, its overall score is slightly worse than that of Samsung Galaxy S9 (294449). Redmi Note 9 Pro, on the other hand, attained a score of 278122 on running AnTuTu benchmark. 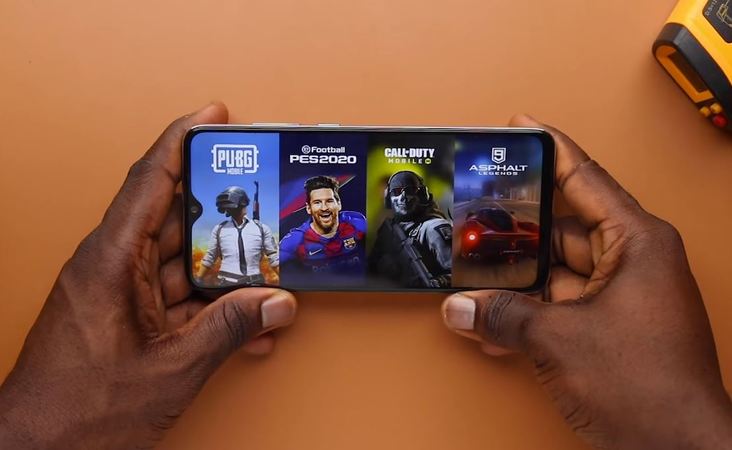 This makes one thing pretty clear! Redmi Note 8 Pro set the score to even in our ‘Redmi Note 9 Pro vs Redmi Note 8 pro hardware performance battle.

We think that Xiaomi has been doing a lot better with its Pro series’ design lately. Both Redmi Note 8 Pro and 9 Pro are known to dominate the design section of this debate. That’s not what we say but you guys are also going to feel the same after putting your hand on these mid-segment monsters. The Redmi Note 8 Pro has a Gorilla Glass 5 on both front & back. Side frame made of plastic makes it more shock-absorbent than any metal smartphone such as the Redmi Note 5 Pro. 6.53-inch touchscreen display with a resolution of 1080×2340 pixels, water-notch on top and an aspect ratio of 19:5:9 makes this phone look gigantic. Not to mention, Redmi Note 8 Pro weighs around 200 grams which made us say this phone is pretty heavy too.

Talking about its software, Xiaomi’s RN8 Pro runs MIUI 10 based on Android 9 pie which can be upgraded to MIUI 11 with Android Q. Honestly speaking, you will find a lot of glitches in MIUI 10. That’s why we would recommend you update the OS as soon as possible. When it comes to the battery of Redmi Note 8 Pro, this device is known to be powered by a 4500mAh non-removable battery. Also, it supports proprietary fast charging. In simple words, you can play PUBG on HDR & Fornite at medium-high settings@30FPS straight up to 8-9 hours and charge your smartphone to fullest within 1.5 hours. 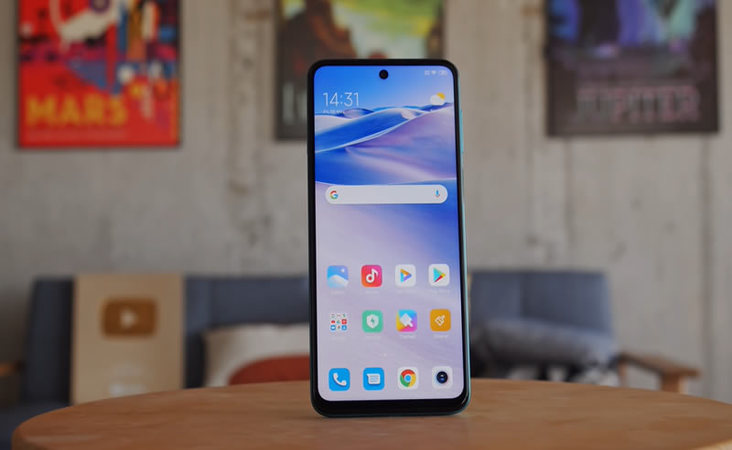 Now, let’s talk about the design of Xiaomi’s latest representation a.k.a Redmi Note 9 Pro! Corning Gorilla Glass 5 front & back with polycarbonate frame make this phone look beautiful when compared to Note 8 Pro. Thanks to its aura balance design, this phone gives the premium feel (despite being bulky) and its exterior design is kept symmetrical to make usage more comfortable. For those who don’t know, aura balance design was introduced in the Redmi Note 7 series which was missing in RN8. And now that it has been shifted to the RN9 series in 2020, we must admit that Xiaomi has enhanced it magnificently!

Talking about the Redmi Note 9 display, 6.67-inch FHD+ DotDisplay with a 20:9 Cinematic Screen provides an immersive experience of watching videos. Also, the in-display camera on the front eliminates the notch. Thus, making Redmi Note 9 Pro with a super-large display among all smartphones in 2020. The 5020mAh battery in this device also caught our attention. Xiaomi claims that the RN9 Pro provides 29 hours of VoLTE calling and 14 hours of gaming per charge. Also, this phone supports 18W charging. Since its 2020 and the mid-range mobile segment has set new standards, we expected Xiaomi to provide at least 33W charging (just like RN9 Pro Max) with Redmi Note 9 Pro. 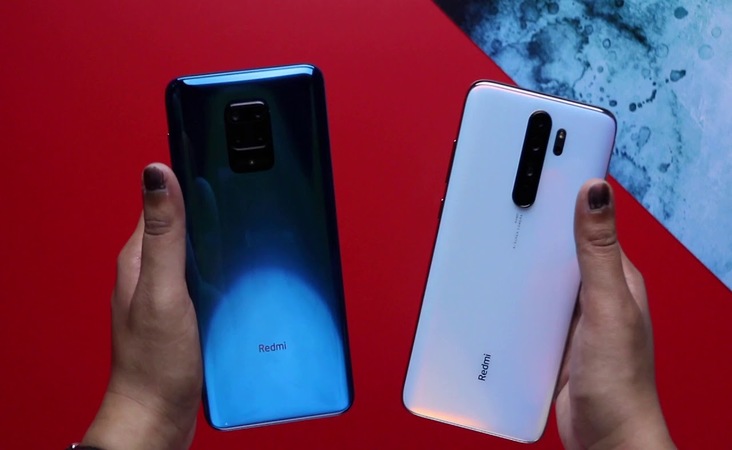 From the above comparison of Redmi Note 9 Pro vs Redmi Note 8 Pro, you might have got the idea of whether you should be upgrading your phone or not. Those techies who are still confused about coming up with the final decision can take our experts’ suggestions! In case you are hanging out with your old Redmi Note 8 Pro and thinking of buying Redmi Note 9 Pro then this device isn’t the right one to buy at the moment. However, Xiaomi Note 7 users might find it a sweet spot to conquer in 2020.

With that said, we represented you in all the factors included in the Redmi Note 9 Pro vs Redmi Note 8 Pro debate. We hope that the above information will help you in making the final decision.

Got queries related to smartphones? Send them at info@techanator.com and have them answered by our technology experts!