2019 was one of the best years for the gamers and we expect the same from 2020! After witnessing the jaw-dropping graphics & storyline of Yakuza: Like a Dragon in the January, we can’t anticipate putting our hands on the upcoming games. Since many genres are going to get released this year, we thought why not tell you about the best ones first?

In this blog, Techanator will tell you about the top 10 upcoming games of PS4, Xbox One, and PC. Following games have started to seek the attention of gamers worldwide:

Players who enjoy playing open-world games will undoubtedly love the notion of Cyberpunk 2077.  It is an upcoming role-playing video game developed by CD Projekt who is known for its Witcher series. Cyberpunk 2077 takes place in a dystopian, an open world with six distinct regions. This upcoming game of 2020 is going to have a huge map compared to GTA V.

Besides exploring a whole new cybernetic world, players will also get the power to assign their characters cool skills in hacking, machinery, ranged weapons, and melee combat. This game recently won the award as the most anticipated game at Golden Joystick Awards 2019. Isn’t that awesome? 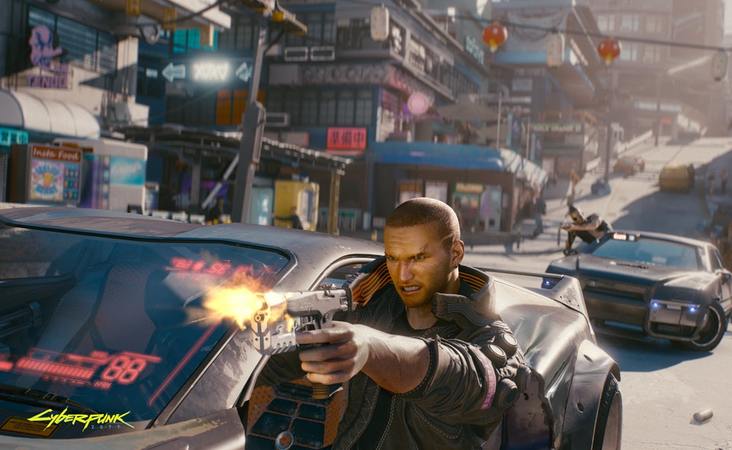 Here’s big news for our Halo buddies! 343 Studios are coming back with their next Halo title, ”Halo: Infinite” which is going to be a spiritual reboot for the entire Halo franchise. This forthcoming game is going to be available exclusively on Xbox consoles and  PC.

Also called the reclaimer saga, Halo Infinite continues the story of Master Chief as the third chapter of the Halo sequel series. The creators have further confirmed that they are also going to bring this game for the upcoming Xbox series X consoles. 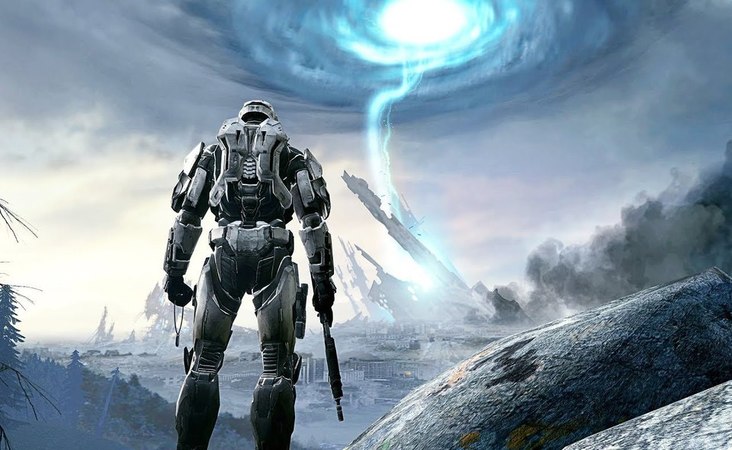 Why should Xbox players have all the fun? The Playstation exclusive title Last of Us 2 is also deemed to come out in 2020. An action-adventure game that lets players use firearms and stealth to defend against hostile humans & cannibalistic creatures infected by a mutated strain of Cordyceps fungus.

The story of Last of Us 2 is set 5 years later after the events of its previous installment. Ellie has now become the main protagonist of this series and is ready to confront an obscure cult. There have been rumors about this upcoming game being the first PS5 exclusive title. It seems like Sony also got something beneath their sleeves.

Diablo IV is another upcoming game of 2020 that makes its fans think to start another monstrous loot hunt after 7 years. This game is an online dungeon crawler hack-and-slash action role-playing game developed by Blizzard Entertainment. Diablo IV will feature an open world map with five regions, day/night cycles and a non-linear campaign.

With the five customizable classes, this upcoming game gives players a chance to smash their way in the world full of monsters. The creators have already introduced Diablo fans with the three classes and said to introduce them with the other two very soon. Take a look of the video game’s trailer:

Our list will be considered half-done without discussing the Dying Light 2! Another upcoming game of 2020 is forming up to bolster the first game’s galactic warfare and traversal gameplay with a more fleshed out & fully discerned experience through the zombie apocalypse. The sequel will be taking place after the twenty years of the first installment. We all loved playing as Kyle Crane in Dying Light 1. However, players will be playing as Aiden Caldwell this time.

By placing limelight on his background, the new protagonist is a freelance runner who handles numerous odd jobs & tasks for the left residents of a city in Europe. From completing side-missions to exploring a vacated building, Dying Light 2 lets players make crucial choices which will affect the story’s flow.

Visit our about us page to learn more about Techanator!

The next upcoming game we are going to tell you is Watch Dogs Legion. It will be the third installment of the series that takes place in the dystopian near-future of London. There will be a ton of characters wandering around the city. Each of them is going to have unique traits and abilities that will make you think twice before making them a member of your team called DedSec.

There will be no single protagonist in Watch Dogs Legion. Yes, you read it right! Cutscenes, stories, and conversations will vary depending on the DedSec member you choose. Allot each of them to one of three classes known as Enforcer, Infiltrator & Hacker and watch them doing things you haven’t witnessed before! 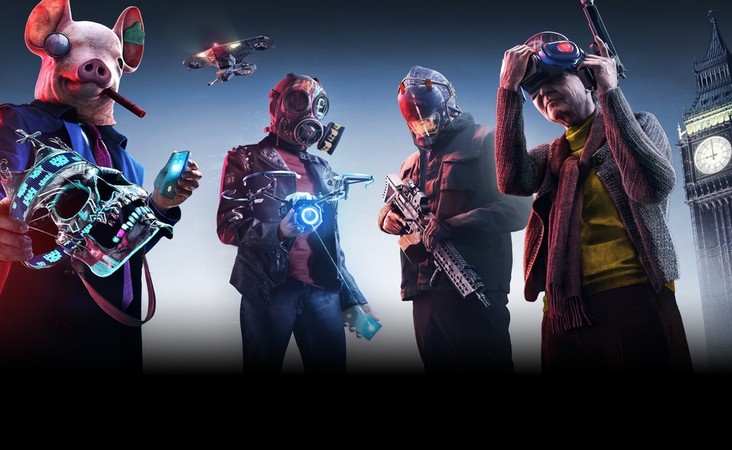 Playing League of Legends on consoles and smartphones has always been a dream for a lot of MOBA players. It seems like Riot has listened to them by representing its upcoming game League of Legends: Wild Rift on the LOL 10th anniversary celebration stream. We also got to witness its gameplay through trailers and riot parties. One thing for sure, this game looks as promising as the legendary PC version of LOL.

From the sources, Techanator has confirmed with the 22 characters League of Legends Wild Rift. Unlike its predecessor, we won’t be getting 145 characters. Also, there will be no crossplay between consoles and smartphones. You can check out the gameplay trailer below:

We couldn’t resist putting Doom Eternal into our list of upcoming 2020 games. After successfully delivering its fans with popular titles such as Quake Champions and Rage 2, id software is ready to rock 2020 with Doom Eternal. From the gameplay videos, the new game looks more frenzied and gore-filled than the Doom itself. The developers have chosen the primary setting as earth.

Players will be witnessing crumbled skyscrapers, sickly orange sky, and demons wandering around every corner. Also, they will get a chance to play as one of the five confirmed demons: the Revenant, Pain, Elemental, Mancubus, Marauder, and Arch-vile. Each character will be having its special skills, strengths and flaws to harness against the mighty doom slayer. 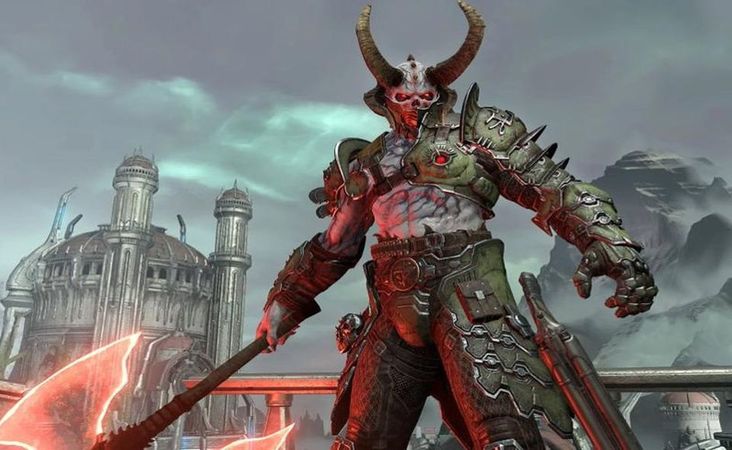 Minecraft Dungeons is another upcoming game of 2020 set in the same block-breaking sandbox world as its predecessor. However, it will be an entirely different brute with a new frame, engine, mechanics, items, and storyline. In simple words, it will be the same as the Diablo 3 and Path of Exile with no loot boxes and microtransactions but in-game coins only.

Players will notice mobs like skeletons and zombies that behave the same as ones in the previous Minecraft game. The gear enhancements are also going to be the same. As per the news, this upcoming game will be having a crossplay between Xbox and PC. But we haven’t received any confirmation for other platforms yet.

At last, we are going to tell you about the Roller Champions! It is a roller-derby-inspired game that will give you the very vibes of Alita: The Battle Angel. Developed by Ubisoft, Roller Champions will be having two groups comprised of three players. Both groups will be racing around the track and striving to keep possession of a ball.

The more laps your team will cover while holding the ball, the more chances of your win will get closer! However, the counter will reset if the opponents knock down all of your team members. This upcoming game will be free-to-play and available only on PC. It seems like Ubisoft has started to focus on the sports genre. Let’s sit back and wait for its release. 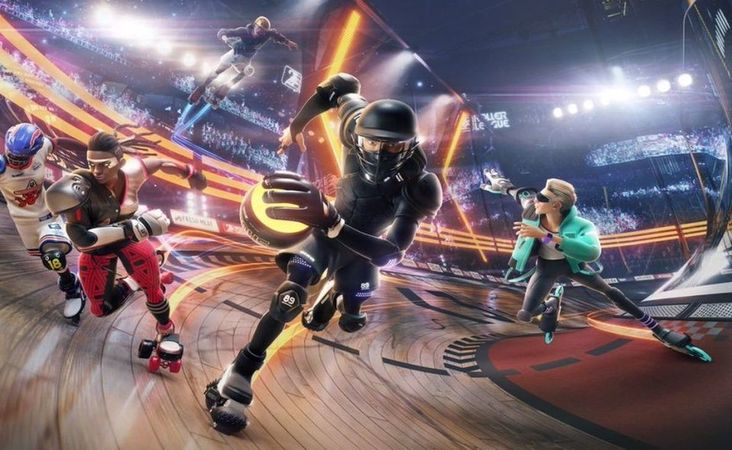 Above are the top upcoming games of 2020 that are catching the attention of gamers already. All of the mentioned games will be requiring a modern PC with decent specs to play flawlessly. PS4 and Xbox One players shouldn’t worry about their specifications since these games will be optimized for their consoles.

Got any technical questions to ask? Mail us at techanatoroffical@gmail.com to get them answered by our experts!